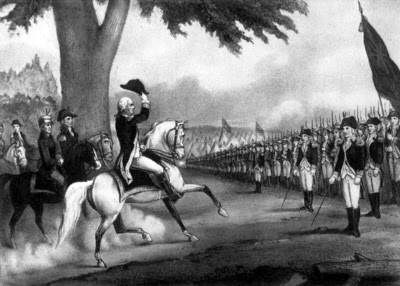 March 17 is annually celebrated in Boston as “Evacuation Day,” commemorating the departure of the British from the city after an extended eleven month occupation at the start of the American War for Independence. That occupation lasted from April 19, 1775, through March 17, 1776, encompassing the Siege of Boston and including early notable events of the War, such as the Battles of Lexington and Concord, Bunker Hill, and George Washington taking command of the American army.

The occupation started when British leader Thomas Gage led troops into Boston, and then dispatched hundreds to seize or destroy ammunition stored in Concord. Riders such as Paul Revere set out to warn local inhabitants, and also to alert John Hancock and Samuel Adams (who were under threat of death by the British) of the approach of the British army. 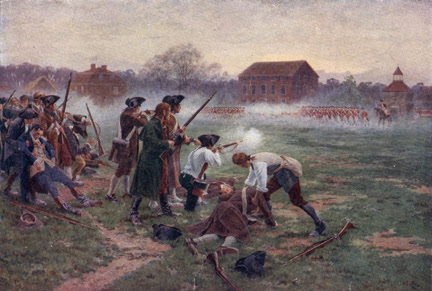 Hancock and Adams were staying in the home of Lexington Pastor Jonas Clark. Pastor Clark and 77 militia from his church gathered to meet the approaching British–a skirmish easily won by the 800 British troops. (In the WallBuilders library is a sermon preached by Jonas Clark on the one-year anniversary of the Battle of Lexington.)

After Lexington, the British pressed on to Concord, where they were met by Rev. William Emerson and some 400 Americans. After the British suffered casualties in that skirmish, they retreated to Boston, and all along the way, British forces were fired upon by American militias from the surrounding countryside, including those led by pastors such as Philips Payson and Benjamin Balch. (Many additional preachers also fought in other engagements throughout the War.)

David Barton is the Founder and President of WallBuilders, a national pro-family organization that presents America’s forgotten history and heroes, with an emphasis on our moral, religious and constitutional heritage. Used with the permission of Wallbuilders.com

Remembering the Alamo, the Goliad Massacre, and the Texas Declaration of Independence

The Harlem Hellfighters: The Incredible Story Behind the Most Decorated US Regiment in WWI