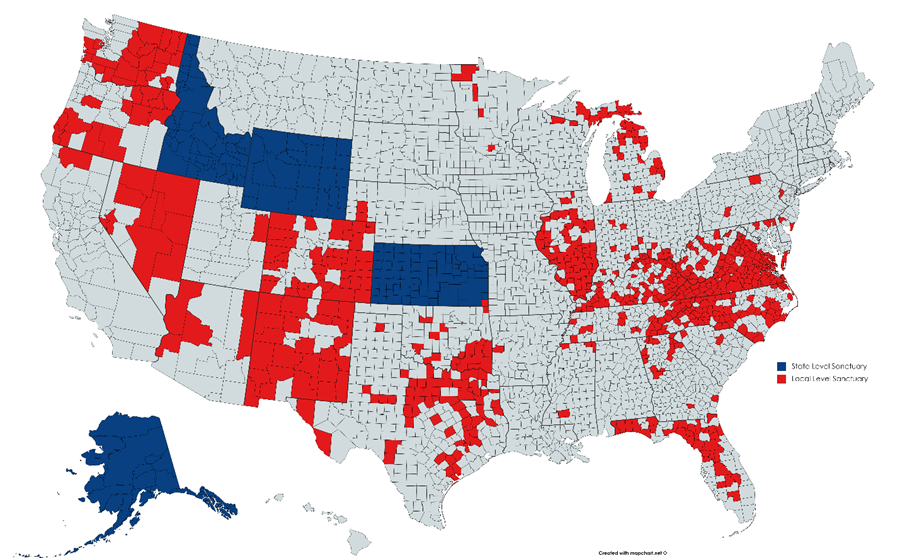 There are now over 1,000 counties, cities, and towns that have passed sanctuary resolutions in 34 separate states.

The town of Solon in New York recently became the first jurisdiction to declare themselves as a sanctuary for gun owners — and the ordinance was virtually word-for-word to Gun Owner of America’s sample language that can found here.

And earlier this year, Virginia’s tally for sanctuary counties reached 96% of the state. Thanks to the work of grassroots gun owners, this is a wave that is sweeping the nation.

To get more information on the spread of sanctuary jurisdictions around the country, as well as sample language, just click the link here.

Used with the permission of Gun Owners of America.

Urge Your Senator to Kill the Traffic Ticket Gun Ban

You Have Been Lied To